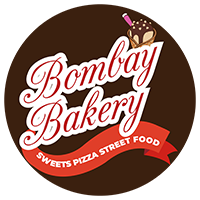 10 Indian Sweets Or Mithais To Try Before You Die

Mithais, or sweet desserts, are an inseparable part of Indian cuisine. Sweets and desserts, while traditionally savored after a full meal, are also important components of Indian festivities. Some of them, such as laddu, originated in ancient India, while many were brought to the nation by Mughal monarchs from Persia. Here are some of the most delectable and best sweets in Calgary to taste this year.

Laddu is India’s most famous festival delicacy. There are several variants of this delicious sweet, the most popular of which is motichoor laddu. Susutra, an ancient Indian physician who employed sesame laddus as an antiseptic to cure his surgical patients, is credited with inventing the dish. Laddus are also the most prevalent type of sweet sacrifice to God.

Gulab jamun is an Indian dessert made of fried dough balls drenched in sweet, sticky sugar syrup. These sweets are created of khoya, a milk powder in the form of a ball. Deep-fried khoyas are dipped in a sweet syrup that is typically flavored with saffron and rose water.

Rasgulla, also known as rasagola, rosogola, or rosogolla, is a syrupy delicacy popular in South Asia’s eastern region. It is composed of ball-shaped chhena and semolina dough dumplings boiled in light sugar syrup. This should be done until the syrup has permeated the dumplings.

Kaju barfi is an Indian delicacy made with cashews that are similar to fudge. It is generally fashioned like a diamond and is one of the country’s more costly desserts. As a result, it is regarded as a valuable present at festivals and special events.

Peda is a particular type of mithai from the Indian subcontinent. Its origins may be traced back to Mathura, Uttar Pradesh, India. It is often created in thick, semi-soft layers using khoa, sugar, and traditional flavorings like cardamom seeds, pistachio nuts, and saffron.

Petha is a transparent soft candy from India made from ash gourd or white pumpkin (or simply petha in Hindi and Urdu).

Cham Cham (also known as Chom Chom) is a desiccated coconut-coated, mawa (khoya) and dried fruits packed oval-shaped Bengali mithai that is made in the same manner as rasgulla.

Kalakand is a sweet milk and cheese delicacy popular in India’s north and east. It’s created with paneer, whole milk, sugar, and cardamom powder, and it’s topped with almonds. This meal is often served in individual portions that are square in form. This dessert is quite popular in Indian Mithai stores.

Kaju katli, commonly known as Kaju barfi, is an Indian dessert that is similar to a barfi. Barfi is commonly produced by thickening milk with sugar and other substances (such as dry fruits and mild spices). Saffron is used in Kesar Kaju katli.

Badana, also known as ‘Confection Bundi,’ is a delectable sweet that no one can resist. This cluster of tiny golden pearl beads of luscious sweetness is made from Besan and adorned with saffron strands, pistachio, slivers, and almond slivers to provide it with an amazing flavor and taste.

So, why wait? Head to Bombay bakery, an exotic place serving India’s best sweets in Calgary for a very long time. Here you will find all of the above-mentioned sweets at prices that wouldn’t cut your pockets.

Why Do People Love Bombay Bakery So Much?